I have become quite the conspiracy theorist ever since going paleo. And to be honest I'm okay with that. In fact, I'm pretty sure if you are reading my blog you too have started questioning why we are taught one way about health yet research and facts prove another. I feel like I have found some secret treasure by discovering truths such as fat is actually good, grains are no longer the same food God created, processed dairy is not the vitamin and mineral powerhouse we all thought, and the real villian is chronic inflammation and the foods that cause it. But recently I have been doing more and more research on CHOLESTEROL.

I have a lot of customers that take statin drugs because they are consumed with worry about their 'numbers' being too high. And this makes sense because we have all been taught that cholesterol is the leading risk factor in heart disease. But once again we were taught wrong. I have mentioned before I love Chris Kresser (who by the way, I am getting to meet next week at his book signing in Austin!!!). I listen to his podcasts regularly because I can listen and do laundry, clean, drive, cook, run, etc. It is kinda hard to do those things and read...so I listen. But I happened across this podcast interview with Chris Masterjohn and I was stunned at the truth about cholesterol. I then ordered the book, "The Great Cholesterol Myth," by Jonny Bowden, PH.D and Stephen Sinatra, MD and gave an extra copy to Jim Roncal, a friend and co-conspiracy theorist.

He inhaled this book immediately and has done a fair share of research on the subject since. Jim wrote a fantastic article in regard to his findings and I had the honor of reading it and learning from it. I asked him if I could post his writing to my blog and lucky for you, sweet readers, he agreed. So please enjoy the rest of this post by Jim Roncal. He is an amazing teacher and I am constantly learning from him and it is so exciting that I get to share his brilliance with you.

I'll never cook with vegetable oil again... Like ever.

For decades, we've been lead to believe that the use of vegetable oil in our cooking is much healthier for us than what my grandmother used to cook with.  Which was lard.

Recently I had an opportunity to take a closer look at how using vegetable oil works when we consume it and I gotta tell ya.  It ain't good.  Before I go into that I need to explain why so many people are currently sold on seed and nut oil (where we get it from).  I can explain it in one word: cholesterol.  Laboratory tests have proven beyond the shadow of a doubt that the use of vegetable oil can reduce cholesterol.

Cholesterol has been demonized for decades as a primary catalyst of heart disease.  You go to a doctor's office and have blood drawn and, regardless of what panel you actually need, they'll run your cholesterol.  They'll also tell you that you need to watch your cholesterol to make sure you don't have too much of the 'bad' kind floating around in your system.  They don't really define what that bad kind is for you.  Just to be cautious of it.

Here's the rub:  There isn't ONE cell in our entire body that isn't dependent upon cholesterol for something.  Not one.  Would you like to take a guess at which part of our body has the most cholesterol in it?  Let me help... Our BRAIN!  No wonder zombies want to eat it!

So I have another question for you.  If we're so dependent upon cholesterol then why are we trying to reduce it?

Let’s go back to ‘bad’ cholesterol for the answer to that one.  First off, there are basically two types that a doctor tests you for when they draw your blood.  HDL (the good kind) and LDL (the bad kind).  So when a doctor tells you to watch your ‘bad’ cholesterol, they’re referring to LDL.  But that’s not a good enough break down of it.  There are two types of LDL cholesterol, type A (which the body NEEDS and isn’t harmful at all) and type B (which is harmful and actually causes chronic inflammation that could lead to heart disease).  You’re about to find out how all this is relevant to cooking oil in just a second.  Just know that the type B LDL is small particle cholesterol that is caused by oxidation of the good kind of LDL.

That’s the kind we want to stay away from.  So how do we do that?  Don’t put things in our body that will oxidize LDL.

How do we do that?  Don’t use vegetable oil.  Why?  Because it has WAY TOO MUCH Omega-6 fatty acids.

Our bodies depend on a certain ratio of both Omega-6 and Omega-3 fatty acids.  That ratio is about 1 to 1.  Studies have shown that in the last 50 years, western diets have shifted that ratio to 16:1.  SIXTEEN TO ONE, PEOPLE!

It’s also been found that an excess of Omega-6 fatty acids will build up in our cell membranes and cause chronic inflammation.  That’s bad.

Where do we get most of our Omega-6 from?  I’ll give you two guesses but I reckon you’ll only need one.

Over and above that, it also contributes to the oxidation of LDL cholesterol which is also bad.

As if that isn’t enough, check THIS out:

There’s this doctor named Stephen Sinatra.  This guy used to be in bed with all the anti-cholesterol pharmaceutical companies and helped argue how cholesterol needs to be reduced.  Until he found out that reducing cholesterol was causing all sorts of problems…  Like death.

In his book, “The Great Cholesterol Myth”, he wrote a passage about vegetable oil that absolutely blew my mind.  Before I read it I had no idea how vegetable oil was made.  Here’s what he said:

“The success of canola oil [vegetable oil] and its reputation as the healthiest of oils is a triumph of marketing over science.  It’s a terrible oil.  It’s typically extracted and refined using very high heat and PETROLEUM solvents (such as hexane (which can kill you)).  Then it undergoes a process of refining, degumming, bleaching, and-because it stinks-deodorization using even more chemicals.”

So now you know.

How it’s made is disgusting and what it does to us is worse.

Glad you asked.  Saturated fats are excellent to cook with.  Coconut oil is awesome and it tastes great, too.

Or you can do what I do…  Cook bacon, use the oil.

Because I will NEVER use vegetable oil again… Like ever. 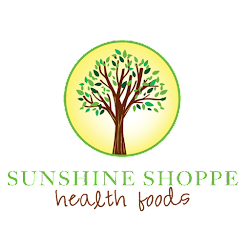